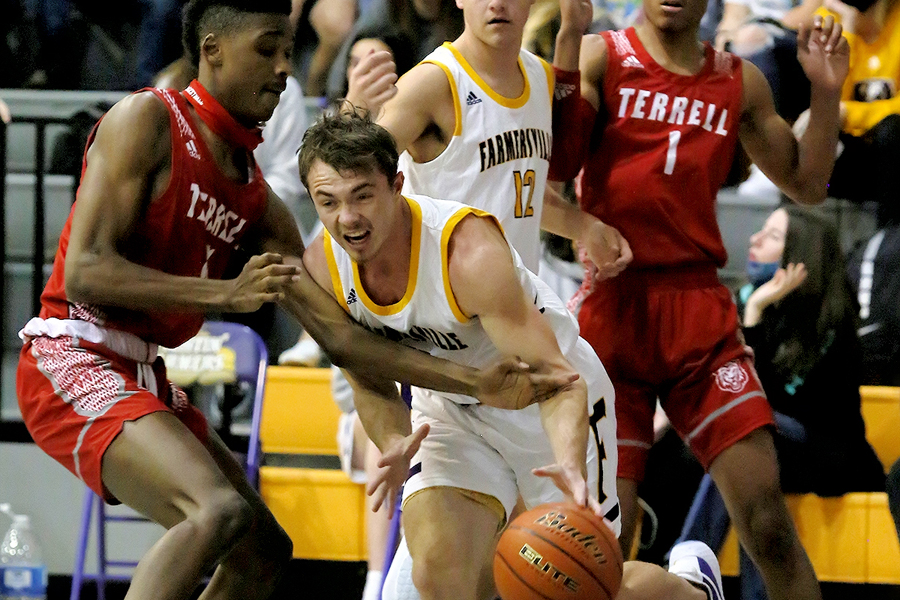 After losing their district open­er to Caddo Mills, the Farmers found redemption in their first game of the week, facing Sunny­vale on the road Tuesday, Jan. 5. Playing their third road game in seven days, the Farmers were able to win their second over­time game in a week, defeating the Raiders 91-86.

After trailing by six at the end of the first quarter, the Farmers bounced back in the second quarter, outsourcing Sunnyvale 23-15 en route to a two-point lead at halftime. In the second half, both teams struggled to score in the third quarter, with 24 combined points scored in the period. A flurry of offense occurred in the fourth quarter, with Farmersville able to add 26 points during the final eight minutes to set up overtime. In overtime, the Farmers were able to use their veteran lead­ership to guide them to a five-point victory.

For the full story, see the Jan. 14 issue or subscribe online.