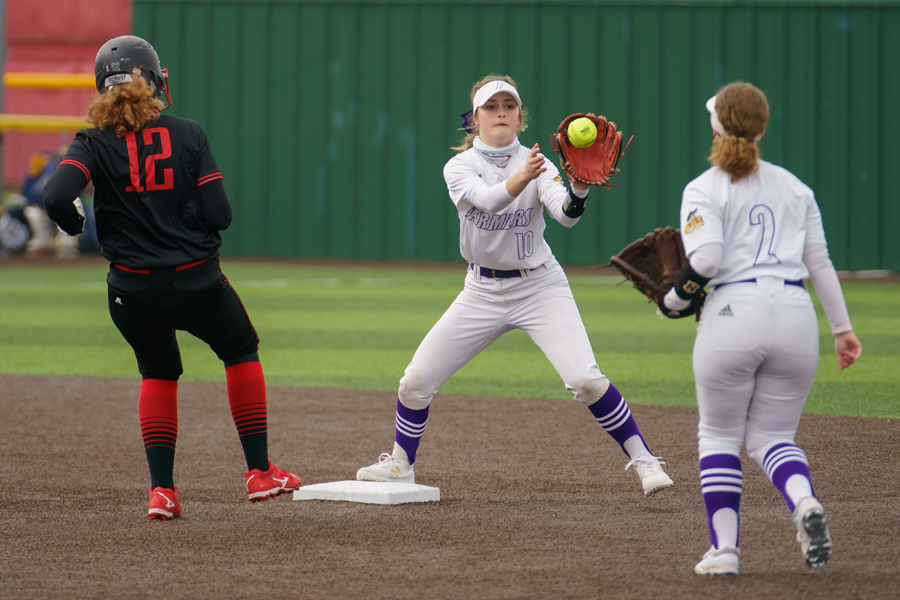 Heading into the official start of the season, the Farmer­sville softball team was eager to finally shake off months of wait and anticipation.

After being away from a competitive game for 11 months, coach Paula Wilfong said she was giddy about what her team could do on the field this season.

“It was great and exciting to be out there,” Wilfong said. “I know our kids were excited to get on the field and ready to get the season started out in Prai­riland and then to participate in the first tournament of the year.”

Farmersville’s season open­er came at a more inopportune time. With the entire preseason canceled due to not hav­ing enough players, the Lady Farmers were unable to prac­tice for two weeks because of bad weather. With only one day of practice under the team’s belt before a season opener against Prairiland, coach Wil­fong said she was happy with how her young team competed in the season opener.

“The girls that play for me, they have a lot of grit,” Wil­fong said. “They have shown true resilience in playing de­spite not being able to be on the field. We’re definitely still learning as we go. We’ve ap­proached every game like a hardcore version of practice.”

For the full story, see the Mar. 4 issue or subscribe online.