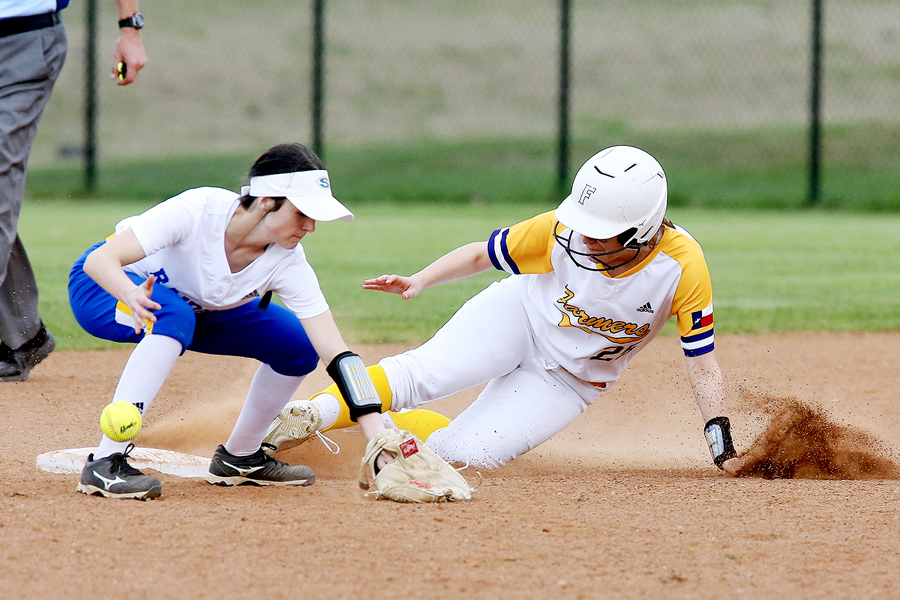 Through the first two games of district play, the Farmers­ville softball team had exerted its dominance over their rivals.

Facing off against Kaufman and Community, the Lady Farmers dominated both of their opponents, leading by double digit runs in the first four innings to force the run-rule. Sitting at the top of the district standings. Farmersville had proven how lethal they are in pursuing a playoff spot.

Farmersville carried that momentum into the first game of this week, hosting Sunny­vale at FHS Tuesday, March 16. In front of a strong Farmer­sville crowd, the Lady Farmers were able to flex their muscles, scoring runs in each of the first four innings to win 15-0.

After holding the Lady Raid­ers scoreless in the top of the first, the Lady Farmers built a 2-0 lead of their own thanks to a passed ball and an error. A single by Hannah Laisure drove in another run an inning later, with Farmersville scoring six total runs in the bottom of the second inning to expand the lead to eight runs. Scoring four more runs in the bottom of the third inning, Farmersville ended the fourth inning with a chance to close the game, needing three more runs. The Lady Farmers found those runs thanks to an error, a passed ball and a grounder by freshman Rendi Fetty that clinched the four inning victory.