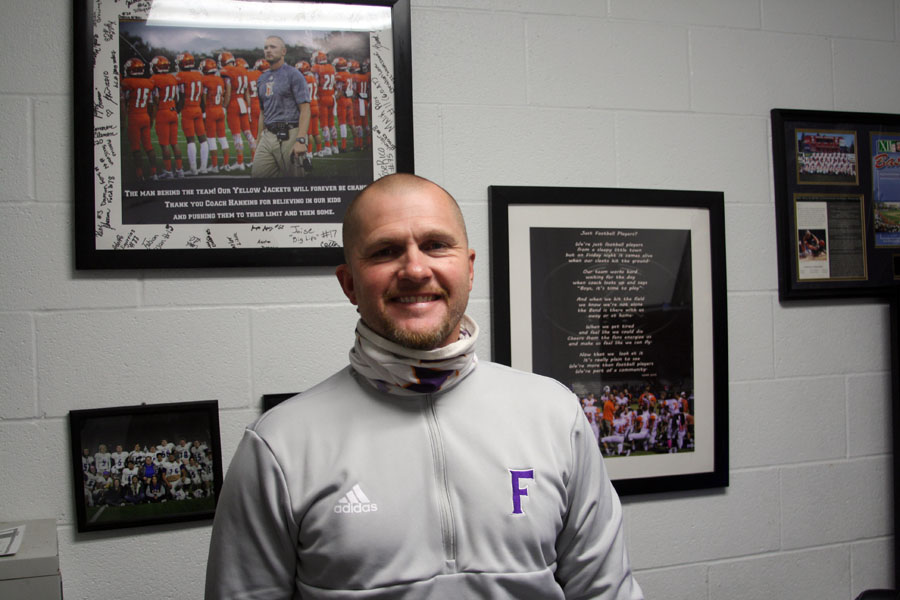 Following the announcement on the LISD website, Hankins confirmed the report via his twitter, announcing his thanks to the district in a posted statement.

“As most of you know, I will be moving on to Little Elm ISD as the new athletic director starting at the end of this month,” Hankins tweeted. “I wanted to take the time to let all the kids, parents, coaches and staff at Farmersville [know] that I appreciate them more than they will ever know. I love each and every kid I have had the pleasure to coach here at Farmersville. This is a special place that will always be home to me. I hope that in my time here, I have impacted our kids here in a positive way.”

Serving as athletic director and the head football coach of FHS since 2018, Hankins moved into the full time AD position at the end of the 2020 football season. The Lobos athletic program competes as a member of District 5-6A alongside McKinney, Prosper, Allen, McKinney Boyd, Braswell and Denton Guyer.

With Hankins’ departure, FISD has promoted head football coach Randy Barnes to the athletic director position, assuming the role immediately. Working as a coach and AD several times for almost 40 years, Barnes last served as the AD/coach of 3A Emory Rains, the Farmers’ opening game opponent this season.