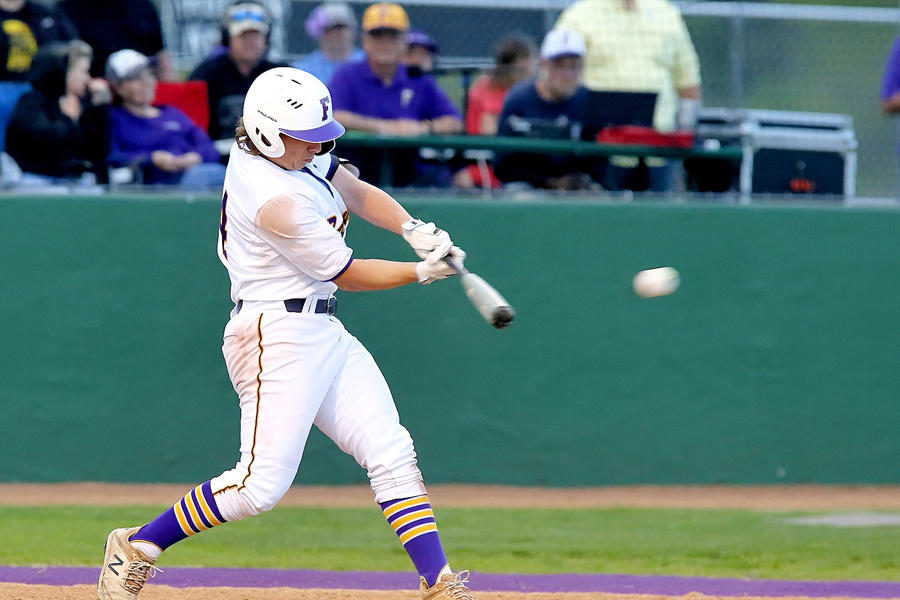 After winning one of its two district games last week, the Farm­ersville baseball team entered the second round of district competi­tion looking to gain ground and earn a potential playoff spot.

Farmersville opened the week at home, hosting rival Community Tuesday, April 6. Facing the team just ahead of them in the stand­ings, the Farmers were able to dominate the Braves 11-1 for their third district win of the season

After the game, coach Jon Nor­din acknowledged how important it was to earn the victory over Community.

“Tuesday was a really big win for us,” Nordin said. “We knew going in that losing that game would have made it really hard for us to be a playoff team. It certainly doesn’t put us in, or guarantee us anything, but it gives us a chance. We played with some urgency, and I was proud for our guys. We still think our best baseball is in front of us.”

After a scoreless top of the first, the Farmers got on the score­board early when a stolen base put them team up 1-0. Two more runs crossed for Farmersville in the first inning to build a three run lead for the home team. The Farmers added six runs in the second inning to ex­pand their lead to 8-0, scoring on doubles by Jason Gomez, Brady Gray and Hunter Wood­ruff.

Senior Randy Johnson earned the victory on the mound for the Farmers, allow­ing seven hits and no earned runs while striking out seven batters in six innings.

For the full story, see the Apr. 15 issue or subscribe online.