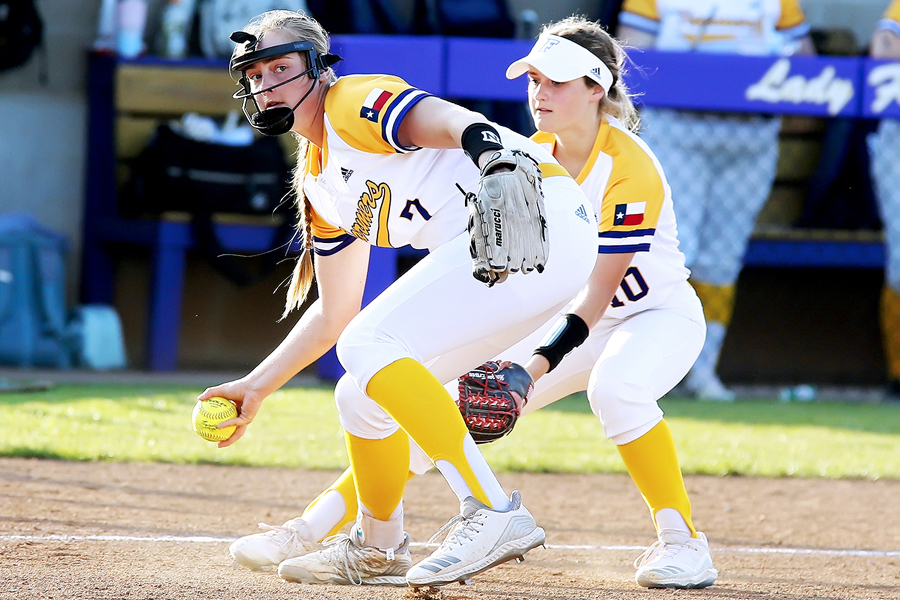 Heading into the penultimate week of the season, the Farmersville softball team stood near the top of the district standings, having gone 8-1 against district rivals.

Farmersville opened the week at home, hosting the Ford Lady Panthers Tuesday, April 13. Despite a last season surge, the Lady Farmers were able to use a strong start to keep a very good lead en route to a 10-3 win over the Lady Panthers.

The Lady Farmers got things started in the first inning, as a ground out by Morgan Erwin allowed freshman Jamie Varga to score a run. Two more runs were added in the first inning thanks to a dou­ble by senior Reese Fetty and an error al­lowed Farmersville to build a 3-0 lead. Farmersville extended their lead to 6-0 in the bottom of the second inning thanks to a three-run home run by Erwin, while a sacrifice fly drove in one more run in the third inning to lead by seven runs.

Fetty earned the victory in the circle for Farmersville, allowing seven hits and three earned runs while recording five strikeouts in 6 2/3 innings.