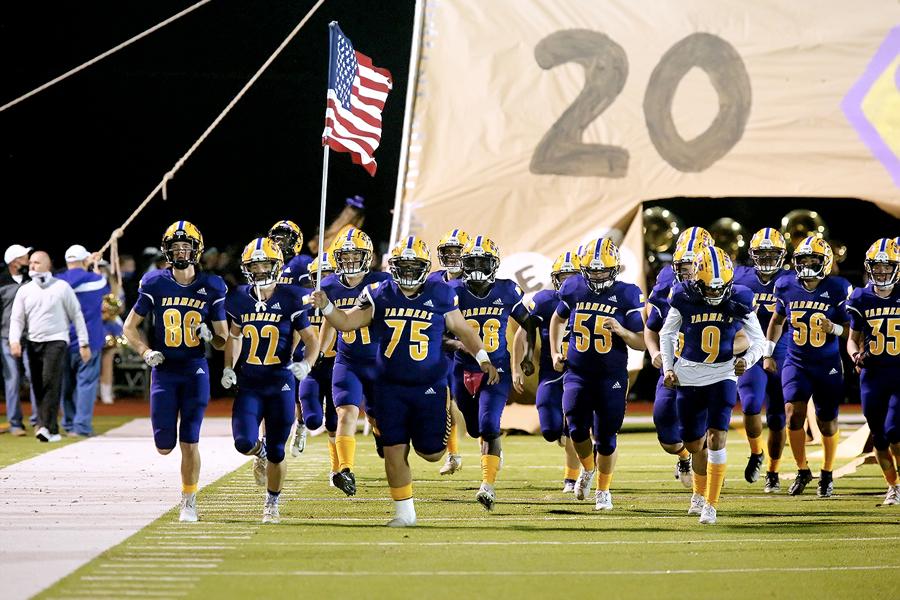 After a disappointing 2020 season, the Farmersville foot­ball team is eager and ready to hit the field this summer as they prepare to right the ship this year under a new coaching staff.

Coming off of a playoff berth the season before, the Farmers were hopeful that they could produce a similarly strong sea­son. Despite losing their senior leadership and most of the off­season due to the pandemic, Farmersville was optimistic they could put it all together and have another shot at the postseason.

Kicking off on schedule, Farmersville struggled through the pre-season, starting off 1-3. After losing the season opener by 50 points to coach Randy Barnes and Rains, the Farm­ers enjoyed the benefit of an unplanned bye week, earning a victory over Krum in the first home game of the season. The final two preseason games, both on the road, were tough to swal­low, as costly penalties near the end of games contributed to close losses, putting Farmers­ville behind entering the start of district competition.

Coming off of their bye, the Farmers were unable to gain ground through their first two district games, losing to Quinlan Ford in their homecoming game before falling at Caddo Mills. After winning its next home game against Wills Point, a road loss to rival Community cost it a chance to earn a postseason spot, which was confirmed in a season finale loss to Sunnyvale, pushing the Farmers to 2-7 on the season.

For the full story, see the June 3 issue or subscribe online.