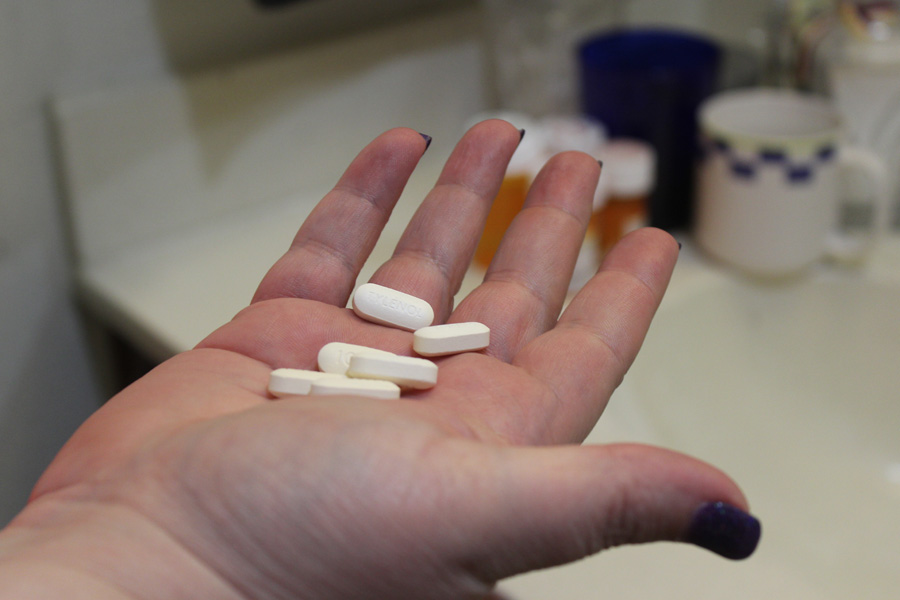 The pain of addiction: Collin County not immune to opioid abuse 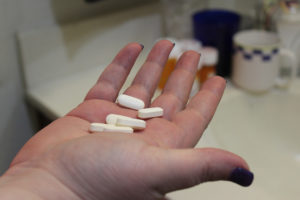 Editor’s note: Due to the subject matter, some names in the story have been changed to protect identities.

One of the fastest growing epidemics in Collin County is being fueled by a symptom called pain. When people hurt they want relief, and when doctors see people in pain, they prescribe medications – often in a higher dosage and quantity than they need.

Mark’s story of addiction starts out the same as many others who are addicted to opiates: with a doctor and with pain.

Six years ago, the 30-year-old father of three began getting sick and was diagnosed with a brain tumor and migraines. With a family to support, a job as manager at a local grocery store, and his own commercial landscaping company, he sought help for his health conditions and illnesses.

At first, his doctor prescribed hydrocodone to help ease his pain. As time went on, the medicine no longer helped and Mark sought relief at a Collin County pain clinic. It was there that the young father was prescribed a stronger and more addictive pain substance called OxyContin. Without any tests, the pain clinic gave him 400 pills.

Then relief set in for Mark. He wasn’t hurting as bad so he was able to attend his kids’ football games. Life was great. After three months, his life began to revolve around the pills.

“After six months, I was a monster,” he said.

Not unlike other types of addiction, Mark said he was in denial that he had a problem.

“I don’t have a problem, I need it for my pain,” he said. “But then you realize you can’t exist without them.”

Having a street value of about $80 a pill, safety became a concern for Mark when he had pills stolen from his vehicle.

Since Texas Law specifies that pills must be in a prescription bottle, with the label, it was illegal for Mark to carry only a couple of pills with him. It’s also prohibited for a pharmacy to give an additional smaller bottle to easily carry medication.

“To me, its an epidemic that’s worse than meth or crack,” he said.

After six years, Mark had enough of the drugs. Once the decision was made, he sought treatment for his addiction and checked himself into Glen Oaks in Greenville.

“I was in a tremendous amount of pain,” he said, about going through withdrawal. “It was like being struck repeatedly with a baseball bat every three to four minutes.”

After 10 days of rehab, Mark walked back into his life and has been clean since May, though he admits most days he lives on Excedrin due to the pain.

With medical issues that are still being dealt with, Mark said he has taken five pain pills in the past four months, but ‘is in a different mindset’ and not addicted like he was. Currently, Mark and his family are saving up for a stem cell procedure, which could ultimately provide Mark years of relief.

Looking back at the situation, the catalyst for the Farmersville resident seeking help was seeing the way he was treating his wife and kids.

“I saw my wife hurt by the way I was acting towards her,” he said. “And I couldn’t be an example for my kids.”

“At the end of the day, the first step in solving the opiate crisis starts with doctors caring about their patients,” he said.

Seeing doctors get kickbacks such as trips, cars and incentive pay from pharmaceutical companies, Mark said there is limited amounts of medical professionals that are willing to fix the patients instead of just helping ease the symptoms.

“They don’t make money off fixing people,” he said. “I know tons of people in Farmersville that are addicted to opiates and their doctors do nothing but prescribe them more medicine to feed the addiction.”

Prescription opioids such as OxyContin, Vicodin, morphine and methadone are used to treat moderate-to-severe pain following surgery, injury, or for health conditions such as cancer.

The CDC reported, “In recent years, there has been a dramatic increase in the acceptance and use of prescription opioids for the treatment of chronic, non-cancer pain, such as back pain or osteoarthritis, despite serious risks and the lack of evidence about their long-term effectiveness.”

As a drug and alcohol counselor and the Continuum of Care Manager for Baylor Scott & White Medical Center Lake Pointe, Kari Simonitch knows a thing or two about addiction. She worked at Nexus Recovery Center in Dallas for seven years prior to joining Baylor. For three years Simonitch has managed BreakThru, a medical withdrawal management service at the hospital for individuals like Mark that are in imminent or active early withdrawal from alcohol or drug abuse.

The service BreakThru provides is vital to a community struggling with drug or alcohol addiction and pain management patients. Doctors and nurses are trained and alert to symptoms and work to reduce as much of the discomfort that comes with withdrawals as possible.

“We keep them until they are medically stable,” Simonitch said. “Our primary goal is that our patients leave our service with a continuum of recovery in place to ensure success in overcoming addiction.”

The program was started in 2014 and in 2016 the BreakThru program was re-introduced to the public with the intention of reaching out to those in need. Simonitch reported that in 2016 the facility treated 175 patients and 71 of them were opiate addicts. In 2017, to date, they have treated 133 patients, with 38 of them opiate addicts.

The manager said the mental health side of insurance and a majority of medical insurance will not cover admission for opiate withdrawal.

“I have seen some patients that have been on pain meds for 12 years,” she said. “Insurance will approve stays for benztropine/alcohol and diazepam because they can have seizures.”

However, there is something called Suboxone, which helps patients transition easier from the pain and symptoms of withdrawal.

The average length of stay is about three days at BreakThru and the service assists patients entering into the next phase of their recovery after discharge from the hospital.

With her years of experience, Simonitch said the key to success is the aftercare plan. Simonitch said patients only get two chances at the program saying, “then I will move heaven and earth to find a program that fits them better.”

“ Every re-admit is because they did not follow through on their aftercare plan,” she said.

Simonitch reported that lately their facility has had several pain management facilities referring patients that need to discontinue Oxycontin and other opioids.

“We have to educate doctors on what they’re doing,” she said. “The patient doesn’t have to get to a level of Oxycontin that has to be regulated. When a 19 or 20-year-old is injured or breaks a bone, many doctors give a month worth of pills. That’s enough for them to become physically addicted.”

In part two next week, mothers of drug addicted teens tell their story.

To learn more about BreakThru, go to bswhealth.com