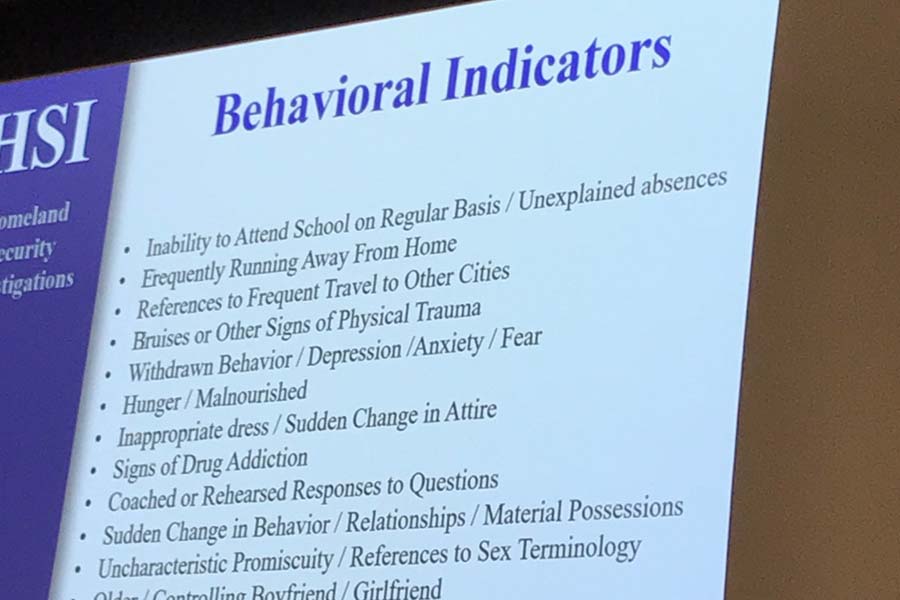 Collin County is not immune to the human trafficking crisis that is happening in the U.S. and abroad. With Texas ranked second behind California in reported trafficking cases, there is much work to be done to educate the public about this modern form of slavery that ensnares over 100,000 children in the sex trade in the U.S. each year.

Collin College identified Human Trafficking in its latest series of The Dignity Initiative, a multi-year district-wide effort. The program is designed to educate the campus community about specific elements of gender violence and to empower community members with specific action steps to end the gender-based oppression.

“Each semester, we focus on an aspect of violence. This semester, we are focusing on sex trafficking,” said Sherry Rhodes, Collin College communications professor and chair of the Dignity committee. “Our goal is to create awareness about this heinous crime and also support action to stop crimes against women.”

The program launched in September featuring John and Mackensie Baldwin, a father/daughter duo and co-authors of “Almost Gone – Twenty -five Days and One Chance to Save Our Daughter.” The Plano pastor and his daughter shared the true story of her secret online romance and the manipulation and control that led her to secure a secret passport to leave the U.S. to marry a man in Kosovo. Mackensie was only a senior in high school at the time.

In October, the college held a three-part series open to students and the public. The first session, titled “Sex Trafficking: A Growing Epidemic,” was held Oct. 10 at the Preston Ridge campus. Featured speakers included Mandy Goodall, program director for the Poiema Foundation and Matt Osborn from Operation Underground Railroad.

For the complete story see the Nov. 8 edition or subscribe online.