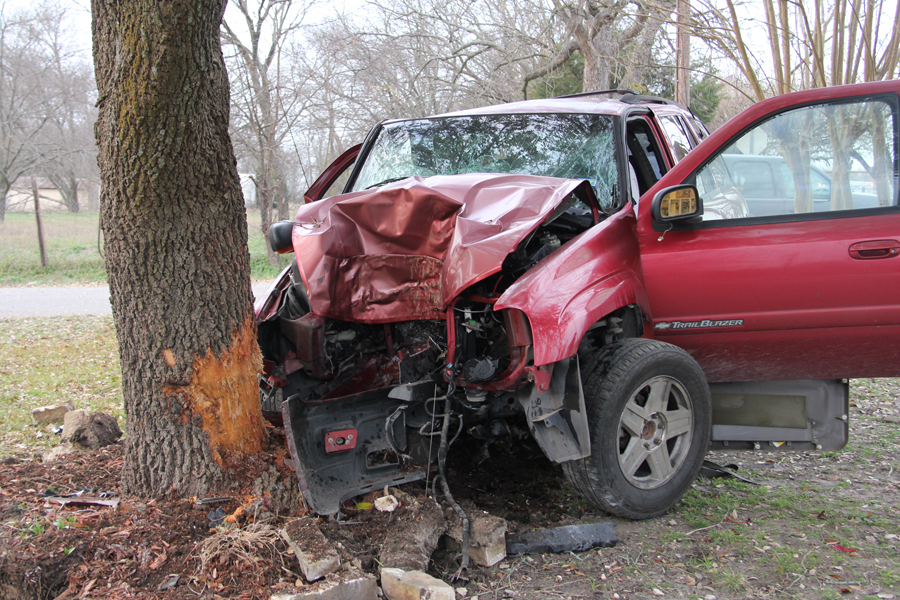 According to information released by the police department, Austin Garcia Bustamate, 17, was traveling west on Murchison Street, which runs next to the Spain Athletic Complex.

He also had a 16-year-old passenger in the Chevy Trailblazer with him.

According to witnesses, the teen was seen driving erratically at a high rate of speed on the roadway before losing control, going airborne and impacting a tree in the front yard of 510 Murchison Street.

According to information from the homeowners, if the tree had not stopped the vehicle it would have continued on into the home and into the room where their son was when the accident occurred.

Bustamate was airlifted by CareFlite air ambulance to Medical City Plano for critical injuries including a broken leg.

The 16-year-old passenger was released to his parents at the scene to get checked out at the hospital.