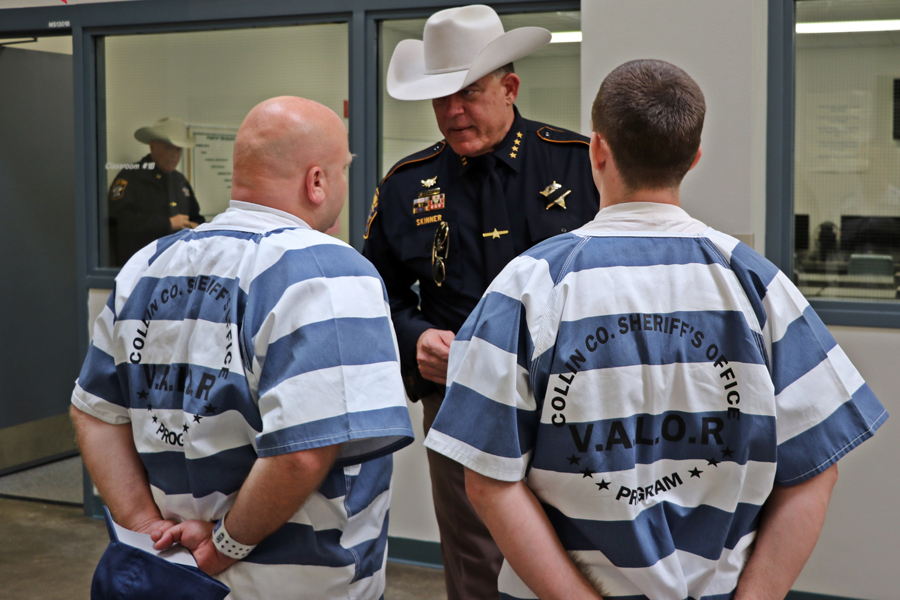 The IOOF Lodge of Farmersville was recently called out: in a positive way by Collin County Sheriff Jim Skinner.

Sheriff Skinner stated that recently he attended a meeting at the Farmersville Lodge, learning that the organization has existed since the 18th Century and they are organized for the purpose of giving aid to those in need and pursuing projects for the benefit of all mankind.

“These citizens, some of them veterans, expressed a concern for helping the former servicemen that are making their way through our criminal justice system and serving time in our VALOR Program. We believe that veterans, who many times attempt to self-medicate their symptoms of PTSD, MST or TBI with drugs and alcohol, should be held strictly responsible for their actions, while being provided programming and skills for positive and pro-social behavioral changes. And while these folks in Farmersville agree with this principle, I’m in awe of the genuine concern for the welfare of their fellow man that they showed,” Skinner said.

For the complete story see the March 28 edition or subscribe online.