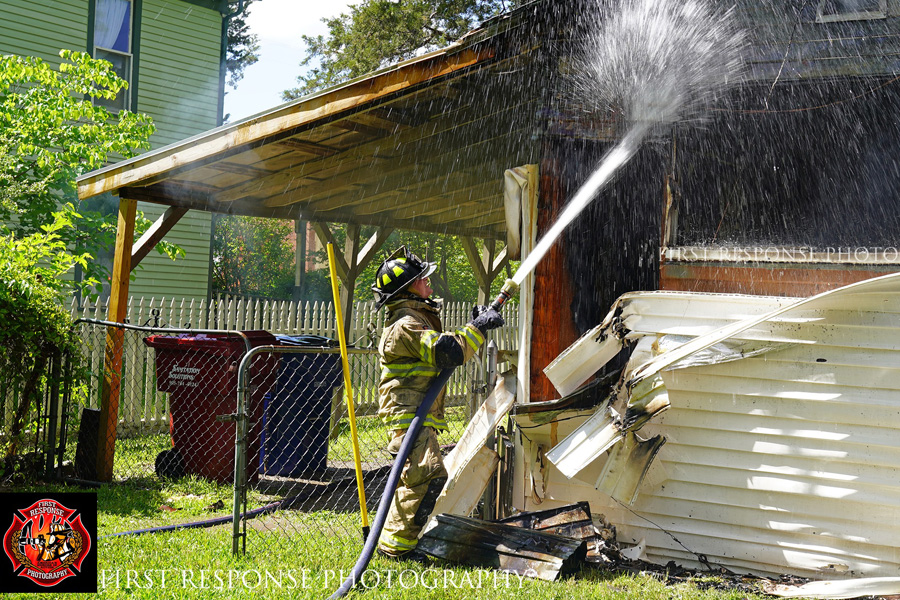 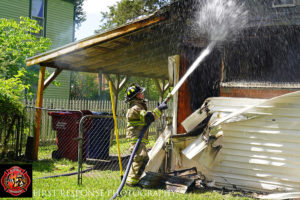 A home on College Street suffered significant damage after a fire occurred on Mother’s Day.

The fire occurred around 3:30 p.m. Sunday, May 12 at 112 College Street, located next door to the Bain Honaker-House.

When the fire occurred, former librarian and historian Pansy Hundley, who owns the home, was attending church in Allen.

The cause of the fire, according to Fire Chief Kim Morris, is still under investigation.

The kitchen of the home is completely demolished and the rest of home suffered significant smoke and water damage, according to the fire chief.

Farmersville, Princeton and Josephine Fire Departments, Wylie Fire Marshal Joe Weitzel, American Medical Response and Higher Trails Rehab Team all responded to the fire. No one was injured in the fire.

For the complete story see the May 16 edition or subscribe online.