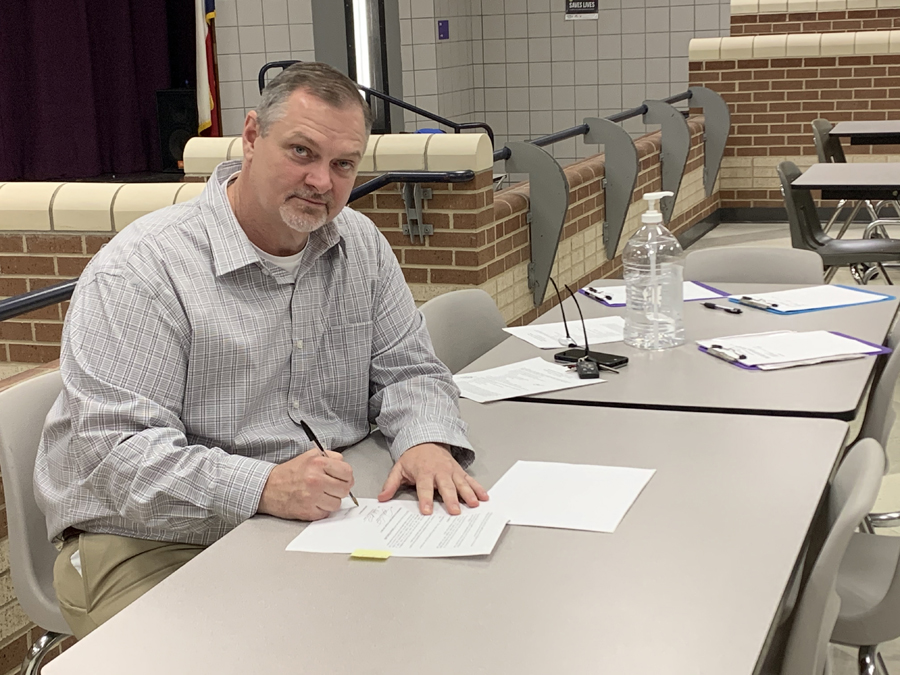 The Farmersville School Board voted unanimously to name Micheal French the new superintendent during their Monday, March 23 meeting. He will begin his new duties Wednesday, April 1.

Farmersville ISD will have a new superintendent next week.

During their Monday, March 23 meeting, trustees voted unanimously to hire Micheal French, whom they named as the lone finalist last month.

“It’s an honor,” French said. “It’s interesting times to say the least, but we’ll forge through and work off what Mr. [Jeff] Adams built. It’s a strong foundation – what a great place to start.”

He will begin duties Wednesday, April 1, though current superintendent Jeff Adams will still be around for guidance.

For the full story, see the March 26 issue or subscribe online.