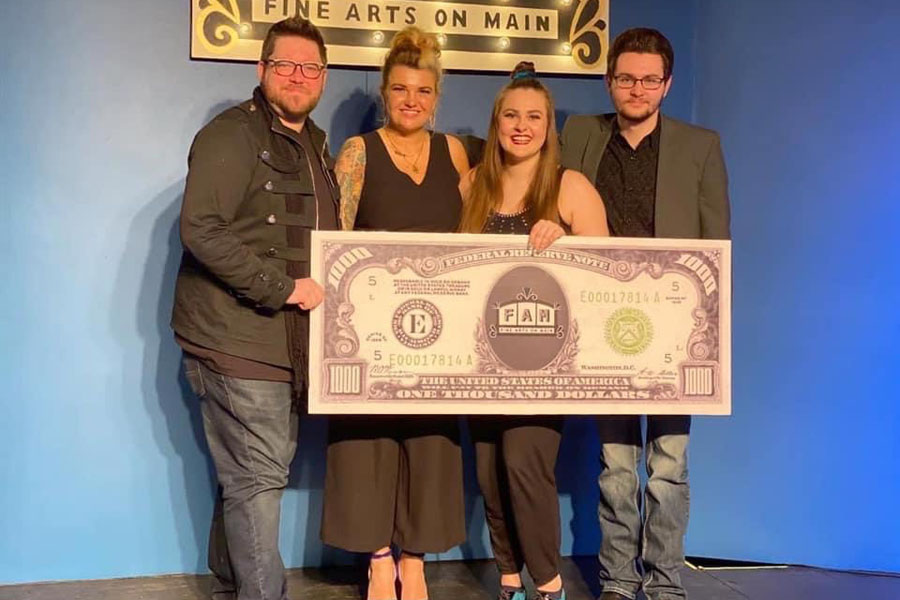 Alexi Grant, winner of Farmersville's Got Talent, with Judges Kade Rogers, Ashley Reeves and Pip Bickford. Grant won $1,000 for her tap dance routine at the Staurday, March 6 event at Fine Arts on Main.

Aspiring talent of all ages got a moment in the spotlight Saturday night in downtown Farmersville.

Fine Arts on Main hosted its inaugural talent show Saturday, March 6, at its venue on Main Street. The show featured 14 singing and dancing acts which were performed before judges – Ashley Reeves, Kade Rog­ers and Pip Bickford – for a grand prize of $1,000.

Bickford is the director and founder of Greenville Theatre Works, Reeves is an local actor/ hair artist and Rogers is a coun­try music artist.

According to Snyder, the show was completely sold out two days before the show.

“I could see that the doors were open, and a crowd of peo­ple were standing outside watch­ing,” she said.

For the full story, see the Mar. 11 issue or subscribe online.