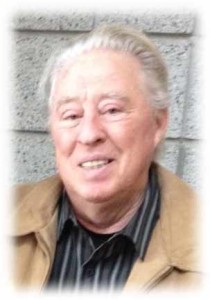 Robert Eugene Ehrhardt, 71, of Princeton, Texas passed away Sunday, January 17 at his home. Visitation was held 10 am to 11 am Saturday, January 23rd at the Amos Family Funeral Home in Shawnee, Kansas. A celebration of Robert’s life followed at 11 am. Burial Resurrection Cemetery, Lenexa, Kansas.

Robert was born June 22, 1944 to the late George Ehrhardt and Luella Mae Hammer in Orange, California. Robert served in the United States Marines Corps from 1961 to 1965. He married Mary Woods on February 19, 1966, in Wyandotte County, Kansas.

Robert is preceded in death by his wife Mary, of 46 years in 2012, a twin brother, David, his mother and father and granddaughter, Taylor Barnes.