Obituary: services will be held Saturday for Derrick Mondy 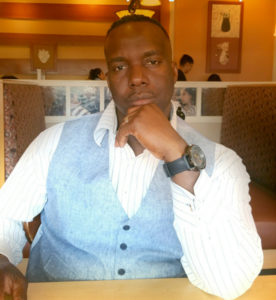 Derrick D. Mondy was called to eternal rest on Thursday, January 24, 2019 at Baylor Scott and White McKinney Texas. Derrick was born to Raymond Theodore (RT) Mondy and Bertha Jenkins-Mondy on November 29, 1973.  After the death of his mother, he and his brothers were raised by their aunt Shirley Mondy.  His dad later married Bettye Jo Brigham-Mondy at which time she stepped into the role of motherhood.

Family night for Derrick will be held in his home town of Farmersville Texas,  Friday February 1, 2019 from 7-9 p.m at Mt. Calvary Baptist Church located at 508 S. Hamilton St..  Homegoing services are Saturday February 2, 2019 at 11 a.m. at First Baptist Church of Hamilton Park located at 300 E. Phillips St. in Richardson Texas.  Dr. Greg Foster will deliver the eulogy and Dr. Larry L. Polk will officiate the service. He will be laid to rest at Huson Cemetery in Farmersville Texas.