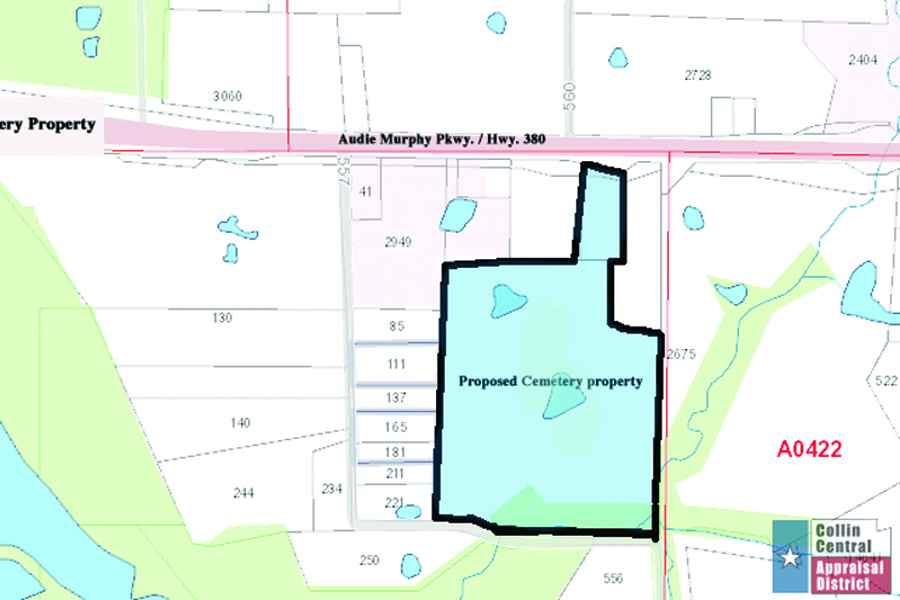 City to negotiate Islamic cemetery with Department of Justice 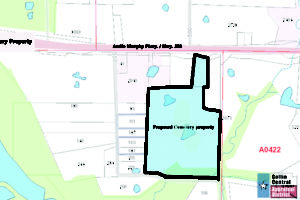 The Islamic Association of Collin County Cemetery property is located along CR 557 and Hwy. 380. (File illustration)

The city of Farmersville is narrowly escaping a lawsuit from the Department of Justice in regard to the Islamic cemetery.

According to City Manager Ben White, the city has not yet been sued and has entered into negotiations with the United States Department of Justice.

At a special called city council meeting Monday, Aug. 20, council members spent more than an hour in a closed session with City Attorney Alan Lathrom “regarding laws and potential litigation issues applicable to cemeteries and plats and the plat of the cemetery proposed by the Islamic Association of Collin County in the city’s extraterritorial jurisdiction (ETJ.)”

At the end of the meeting, Mayor Randy Rice read a prepared statement detailing actions between the Department of Justice (DOJ) and the city.

For the complete story see the Aug. 23 edition or subscribe online.