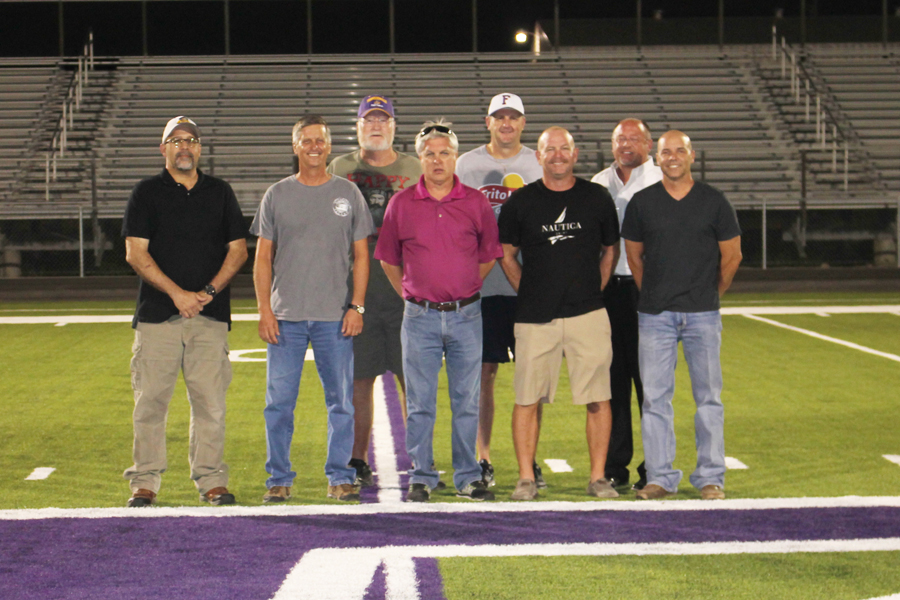 Glenn McClain, left on the back row, joins fellow school board members prior to the opening of renovated stadium in 2016. Mr. McClain recently passed away. (File photo) 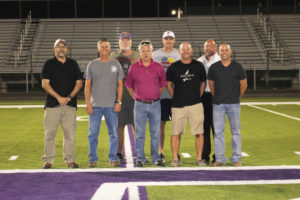 Glenn McClain, left on the back row, joins fellow school board members prior to the opening of renovated stadium in 2016. Mr. McClain recently passed away. (File photo)

The community is mourning the loss of school board member and Fightin’ Farmers icon Glenn McClain.

Known to many as Big’Un, McClain, 73, had served as a Farmersville Independent School District School Board Member for more than 13 years. According to Superintendent Jeff Adams, McClain had not missed a school board meeting in 12 years.

“He always wanted to do what was best for the kids and would listen to all input very carefully,” he said.

In his time on the FISD School board, he served as president for two years, vice president for a year and secretary for six years.

McClain was also instrumental, Adams said, in aiding the district in establishing the security team and procedures.

Many community members may also remember McClain from Friday night football games as he served for six years as the “voice of the Farmers” by announcing the games. He was also an active FFA booster club member.

“His shoes will be difficult if not impossible to fill,” Adams said.

McClain was a member and deacon of Primitive Baptist Church. He retired from Texas Instruments as Hasmat and Environmental Control and was Director of North Farmersville Water Corporation.

In lieu of flowers a donation can be made to the Glenn McClain Scholarship Fund at the Farmersville Independent School District Administration Office.