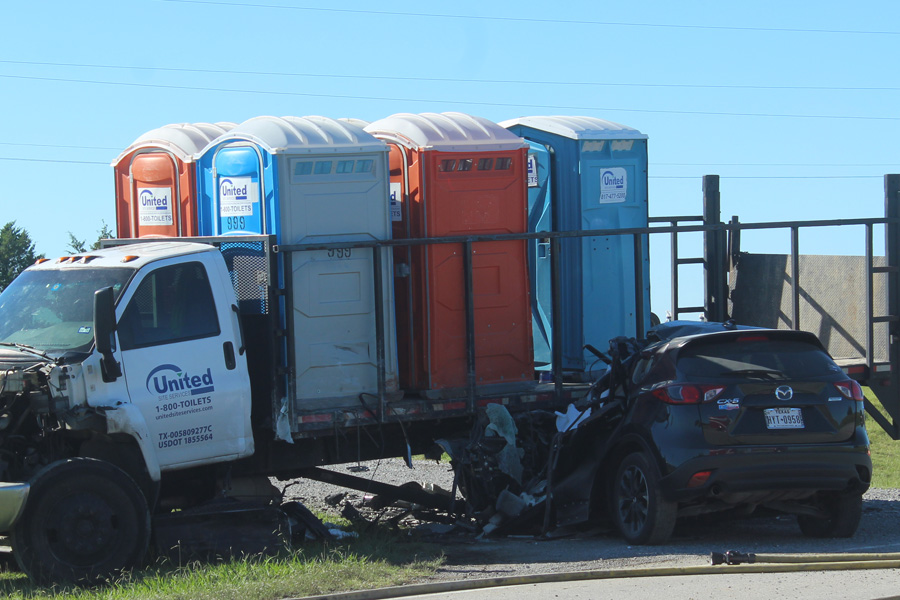 A suspect that fled from Wylie PD was killed in a collision in Farmersville Wednesday, Oct. 10. (Wyndi Veigel/C&S Media) 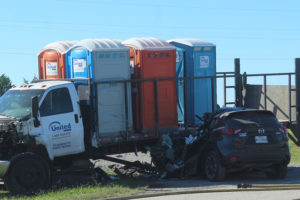 A suspect that fled from Wylie PD was killed in a collision in Farmersville Wednesday, Oct. 10. (Wyndi Veigel/C&S Media)

A police chase that started around 2:50 p.m. in the 100 block of South 5th Street in Wylie resulted in a fatality wreck in Farmersville this afternoon.

According to Wylie PD Sgt. Donald English, officers responded to a report of domestic disturbance after witnesses found a female in the parking lot of an apartment complex bleeding from apparent head trauma.

Witnesses said the victim’s son, identified as Austin Schell, was possibly involved and was leaving the scene in the victim’s car.

Officers located the vehicle as they were approaching the scene and attempted to stop the car.

According to reports, Schell refused to pull over and Wylie PD  gave chase as he fled from Wylie. They traveled north on Hwy. 78 at speeds over 80 mph.

The vehicle was spiked by Farmersville PD near Hwy. 380 and Hwy. 78 . The vehicle continued to travel for two more miles at speeds over 100 mph.

After slowing to 70 mph, the vehicle veered into oncoming traffic and impacted a heavy duty commercial truck,  striking the under carriage of the vehicle. Schell was killed.

According to reports, Schell had struck his 40-year-old mother several times in the head with a baseball bat causing severe injuries. She was transported to Medical City Plano and is in intensive care. She remains there in serious condition.

For more information about this story see the Oct. 18 edition of The Farmersville Times.