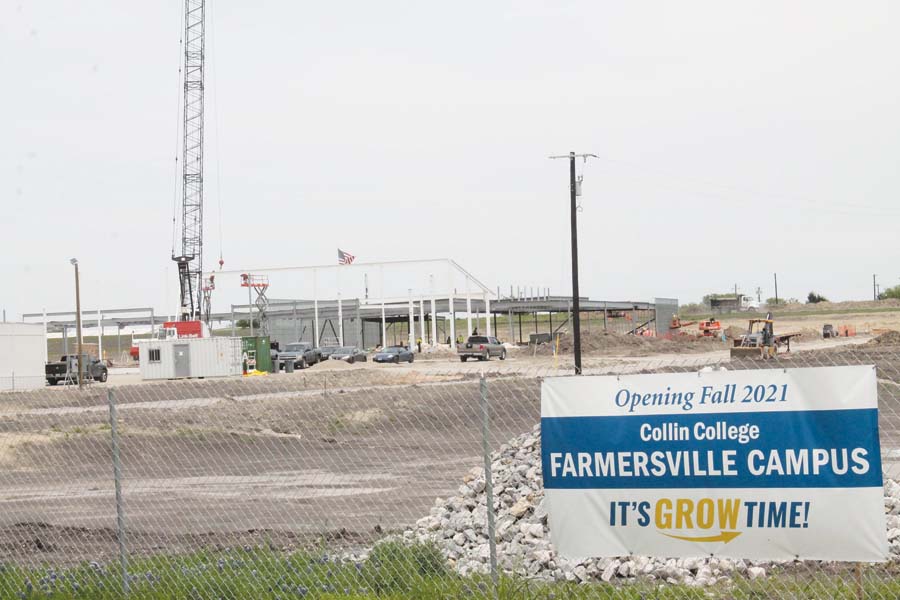 Steel is going up at the Collin College construction site on Hwy. 380 in Farmersville. (Joe Reavis/The Farmersville Times)

The Farmersville City Council on Tuesday approved a bid submitted by RPM Construction to build the Collin/Farmersville Parkway next to Collin College-Farmersville’s campus that is under construction on the north side of U.S. Highway 380.

The bid totals $3.52 million, with the low bidder pledging to have the work done in 150 to 170 days. The parkway will expand from two to four lanes, with a median that will run for 3,900 feet along the college campus. RPM was one of 10 bids the city received and reviewed.

The proposed campus consists of approximately 50,000 to 60,000 sq. feet of instructional, administrative and student support spaces.

According to the long-range plans for the college, the Farmersville facilities may be phased in over two or more stages throughout the next 10 years or more.

For more on this council meeting see the June 18 edition of The Farmersville Times.