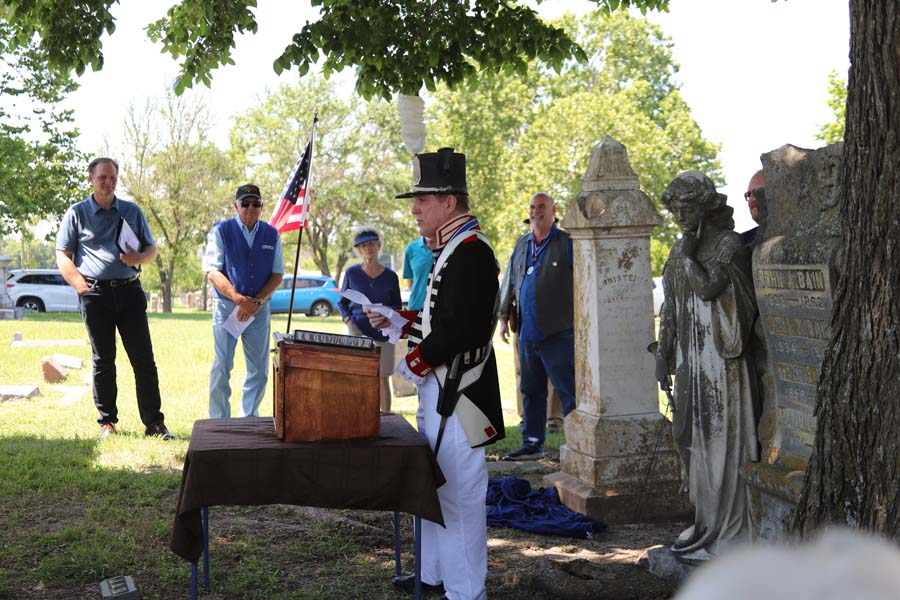 Grave marker dedicated to War of 1812

Although it’s been 144 years since Absalom Hicks died, the grave of the vet­eran of the War of 1812 was marked with a special dedica­tion ceremony Saturday, June 19, at the IOOF Cemetery in Farmersville.

The Craig Austin Rowley Chapter, The Society of the War of 1812 in Texas, Texas State Society John Cavet Chapter #39 and the National Society United States Daugh­ters of 1812 hosted the histori­cal event, which was attended by approximately 50 people.

Private Absalom Hicks was born July 18, 1793 in North Carolina and died in Fan­nin County on May 1, 1877. He was buried at the IOOF Cemetery in Farmersville, the town where his daughter Anna Melissa Bain lived.

For the full story, see the June 24 issue or subscribe online.