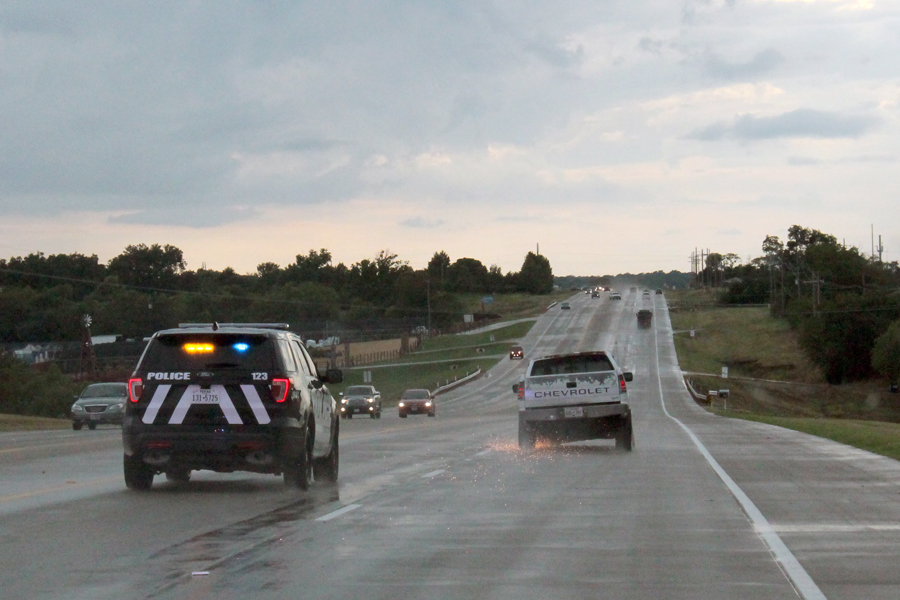 Multiple agencies pursue a stolen vehicle down Hwy. 380 after a 45-minute pursuit. 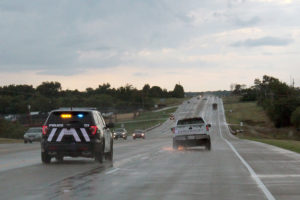 Multiple agencies pursue a stolen vehicle down Hwy. 380 after a 45-minute pursuit.

Drivers on nearly every road in Farmersville weren’t sure what was going on Friday, Aug. 26 but they knew enough to stop and in some cases take video.

A driver that chose to flee police is now in jail after a 45-minute pursuit occurred starting in Princeton, leading to Blue Ridge, through Farmersville and ultimately coming to a stop near Caddo Park on Hwy. 380.

Shortly after 5 p.m. Princeton police officers responded to call about stolen merchandise from the Walmart, located at 701 W. Princeton Dr.

After the suspect left the store and entered an older model pickup truck, Princeton PD Officer Clinton Hauck attempted to pull over the suspect, Willie Lee Hayes, 45, of McKinney.

It was determined that the truck was stolen from the Walmart, according to Princeton Police Chief James Waters. The tag also returned that the owner had a probation violation warrant.

“Whereas other chase policies are more restrictive, Princeton’s policy more easily allows officers to evaluate the total situation and determine the needs from there,” Princeton Police Chief James Waters said.

After being pursued by multiple agencies, the driver finally gave up when his vehicle would no longer travel, near  Caddo Park on Hwy. 380.

Hayes was arrested without incident.

The suspect is now facing charges of theft, unauthorized use of a motor vehicle, tampering with evidence and fleeing police.

For more information see the Sept. 1 edition of The Farmersville Times.